I Could Do This All Day - Marvel Official T-shirt Pack Of Three: The Unstopables Combo 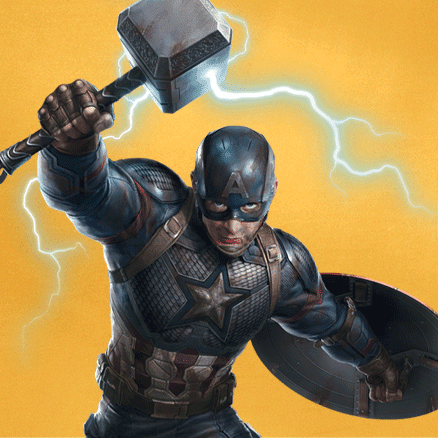 During World War II, Steve Rogers volunteered to participate in an experiment of inducing a Super Soldier Serum. With that, he gained speed, strength, and agility of nearly superhuman level and we got a brand-new soldier, Captain America.

He is the first Avenger of his team and has his trademark weapon, a Shield which is made from the earth's strongest metal, Vibranium, given to him by Tony Stark's father Howard Stark.

Though Captain America is highly skilled with pretty much any weapon he picks up, his greatest skill is with his shield, which he uses both defensively and offensively.

Cap is often considered a reliable ethical and moral compass – he always does the right thing. Perhaps the most significant ability Captain America has is his gift for inspiring others.

Shop for official Captain America Merchandise on Redwolf and do the right thing.