This blog has been pretty neglected until now, so we’re going to try and post more often to keep everyone updated on the latest happenings here at Redwolf.

It’s been a crazy ride thus far, we’ve gone from being a bunch of kids who didn’t really know what we were getting ourselves into to a more cohesive company that’s slowly, but steadily, earning the right to be counted among some very formidable competitors. We built this thing from scratch and to have people give us a shot and embrace it means the world to us. Our customers, supporters and even the naysayers, you have all been far too kind.

The whole of last year was filled with some exciting collaborations and sales surpassed our wildest expectations. Towards the end of the year, production issues slowed down the machine leaving behind several designs with an Out of Stock sign and some very frustrated customers as well (sorry about that!). Some hard lessons were learned and we’re now back to full speed with a more refined bunch of t-shirts.

January has been the best month we’ve had sales wise and 2013’s off to a mad start. It’s a make it or break it year for us and we’ve got some big plans. For all the ladies who’ve been accusing us of retail misogyny, we’re going to start t shirts for women real soon. We’re going to add some fun accessories to the site this year as well. We’re also working with some mental designers on a whole new line of tees and opening up a platform that’ll lead to more design collaborations. And oh yes, the websites going to get better; better design, more power and better efficiency.

You either go big, or go home and we don’t want  to go home anytime soon.

Ameya Thakur
Chief Wolf at Redwolf and MakeMyMerch. I have an un-natural love for t-shirts, great art, and t-shirts with great art.
Recent Posts
Showing 2 comments 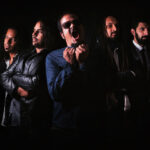 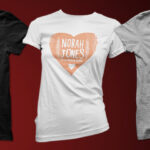