Releasing today, Doctor Strange introduces Benedict Cumberbatch as Doctor Stephen Strange, the Sorcerer Supreme of the Marvel Universe. As the year comes to a close, Marvel is ready to start a new chapter in its comic book franchise. Even though it’s releasing today, it’s still a mystery to some. Here’s a few things you need to know about Doctor Strange’s comic-book origins and what to expect when you watch Marvel’s latest film.

There hasn’t been a more ambitious film in the Marvel Cinematic Universe than this one. In the psychedelic superhero film, the mysterious character has the makings of what Christopher Nolan’s Inception meets mind-tripping LSD might look like. The movie marks Marvel’s first on-screen foray into multiple dimensions.

Who is Doctor Strange? If the film closely follows the comic book character’s origin story — which from the trailers, it appears to — Cumberbatch plays the titular character Dr. Stephen Strange, who is a renowned neurosurgeon with a huge ego. All he cares about is his career and fame. But Strange’s career is ruined after his hands are irreparably damaged in an accident.

Seeking treatment, he travels to the Himalayas to find the mysterious Ancient One (Tilda Swinton) to help fix his mangled hands, but in the process, is introduced to a new worldview centered around the mystic arts. He ultimately becomes the Ancient One’s apprentice and learns to master the mystical arts.

“You’re a man looking at the world through a keyhole,” the Ancient One tells Strange in the film’s first trailer. “You’ve spent your life trying to widen it. Your work saved the lives of thousands. What if I told you that reality is one of many?”

Who is the Ancient One?

In the comics, the Ancient One is a centuries-old Tibetan man living in a Himalayan city known as Kamar-Taj. He also happens to be a sorcerer in his spare time. He’s the one who teaches Doctor Strange about spells and parallel planes and serves as his mentor. In the movie, Tilda Swinton was cast as Sorcerer Supreme’s mentor, which didn’t go down too well with the comic book fan base.

What are Doctor Strange’s powers? He uses spells to fight bad guys. He also uses two mystical objects that complete his look: the Cloak of Levitation and Eye of Agamotto (a.k.a. the Time Stone). This is also the first time when magic will be introduced in the Marvel Cinematic Universe. While Scarlet Witch uses her powers quite often, the term ‘magic’ has never been used for her.

Who is the main villain?

Kaecilius is one of Doctor Strange’s earliest enemies. In the comics, Kaecilius was a disciple of Baron Mordo, and together they do a number of shady things, including kidnapping the Ancient One. Kaecilius’ goal is basically to reshape the world, which is really bad in the world of magic.

In the prequel comics, we learn the reason Kaecilius is so bad – and hates the Ancient One so much – is because he wanted to use the mystic arts to bring his wife and child back from the dead. Obviously, that didn’t really work out for him. Also, Mads Mikkelsen is playing Kaecilius. That’s enough reason to watch this movie.

The series of events highlights not only how desperate Strange was to reclaim his life, but shows how the power of the mystical arts really moved him. The film deals with his origin story, and this is the crux of what turns him from the arrogant prick he was to the more humbled student he becomes. 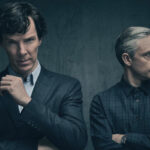